OK, we’re talking about a Mustang. And it’s a 1965 Mustang. But it is very different from any Mustang ever built. The vehicle was created by the collaboration of Ken Block, Hoonigan and  Vaughn Gittin Jr, and it was driven at Gymkhana SEVEN… A bit weird name, if I must be honest. But I won’t waste time and will continue to the car overview. 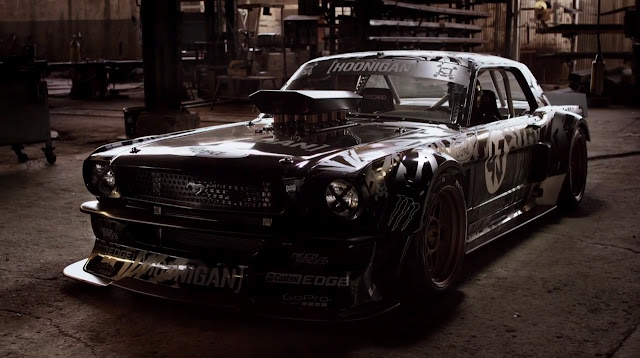 It may sound like a new toy when said this way, but it isn’t. It is one really badass muscle car made to eat everyone and everything on the road. The car is powered by 6.7L V8 engine by Roush Yates, coupled with 6-speed Sadev SC90-24 racing gearbox. The gearbox is taking all 845 hp produced by the engine and is distributing the power between all four wheels. Yes, this Mustang has all-wheel-drive. And it is the world’s first such Mustang.

All modifications were made at the ASD Motorsports’ workshop in  Charlotte, North Carolina, where they worked together with RTR. The body could be easily recognised as Mustang ’65, but with some improvements like carbon fiber body panels, full tubular chasis, custom roll-cage, suspension modifications, etc. 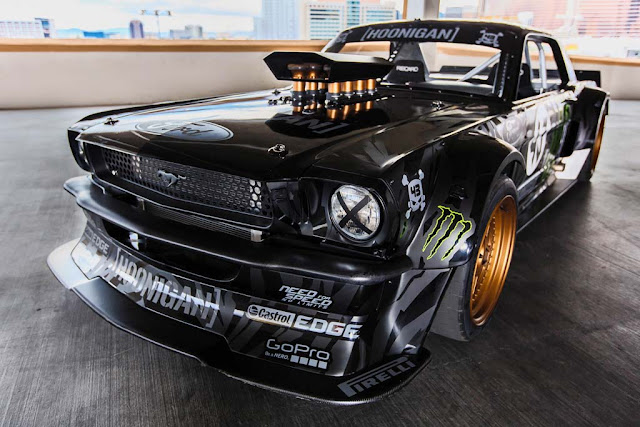 “I’m stoked to be able to publicly unveil this car for the first time at SEMA in the Ford booth. This is a project that I’ve been working on for two years, so to see it fully come to fruition and be able to drive it for Gymkhana SEVEN was absolutely amazing. I also knew that working with Vaughn [Gittin Jr.] and his RTR team was the right choice for this project since Mustang’s are their world, but they really went above and beyond on this car. The attention to detail with the fabrication and bodywork blows my mind. This is hands-down the best Gymkhana car I’ve had yet.” – Ken Block

You can see the Hoonicorn raging through the streets of L.A. in the video below:

Catch us on reddit.com